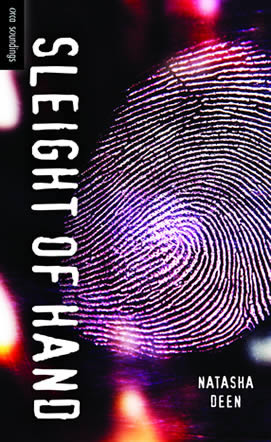 On a dare from his girlfriend’s brother, Javvan steals a neighbor’s car. Now he’s got a criminal record and a bigger problem: get a job or violate his parole. Endless interviews later and no one will hire him because of his criminal record. Whatever happened to a second chance? Finally, he gets a gig with a contractor named Kevin, and Javvan figures his life is on an upswing. Too bad Kevin’s a thief and he’s given Javvan one choice. Help him steal, or he’ll make sure Javvan ends up back in jail.

Focusing on tough themes and subjects that will resonate with adolescents…this title will immerse readers; the writing is to the point and immediate, the print size large, and the cover darkly enticing.”
-School Library Journal