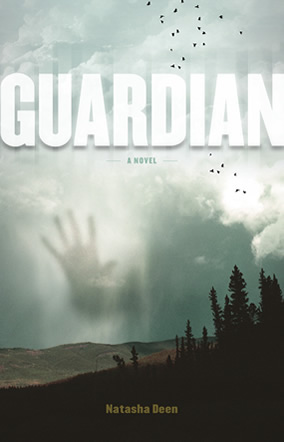 For seventeen-year-old Maggie Johnson, transitioning the dead isn’t hard. What’s tough is surviving the insults and pranks of Serge Popov, high school thug and the dumbest jock to ever set foot in Dead Falls, Alberta. When she finds him dead and later discovers his spirit trapped in her room, she figures it’s a case of divine justice. Let the jerk rot for eternity, bound to an earthly prison. But someone—or something—has a different agenda. If Maggie doesn’t help Serge cross over, she’ll die at the hands of the otherworldly entity that’s taken an interest in the dead bully. As she digs into the circumstances of Serge’s murder, she’ll uncover the secrets hidden by the world of the living and the wonders revealed by cities of the dead—if her investigation doesn’t kill her first. 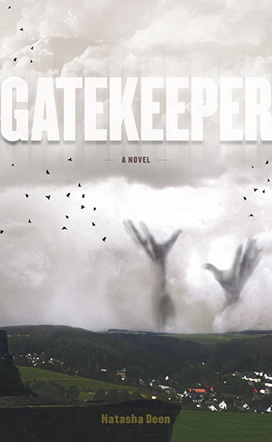 A month after solving her first murder (and almost getting killed in the process), Maggie Johnson and her soul brother Serge Popov are hoping for some peace and quiet to figure out…well, everything. But the dead wait for no one. Especially a dead guy like Kent Thomas. He was every parent’s dream, the kind of good kid who excelled at school, and never caused trouble. And he was the kind of guy all the guys liked. Add in a hot factor that made him every girl’s fantasy, and he was the least likely person to be murdered. So who tossed him off a cliff?
Maggie’s determined to find the killer but if she’s not careful, she’ll end up just like the soul she’s trying to save.

Deen is able to make this mixture of the paranormal and mystery genres work beautifully … Natasha Deen has left some tantalizing clues at the end of the book, suggesting that there may well be a sequel to Guardian and Gatekeeper. Readers can only hope this will happen and that there will be more novels to challenge and interest so many fans – whether of horror, paranormal or mystery – and keep them happily reading. Highly recommended.”
-CM Magazine 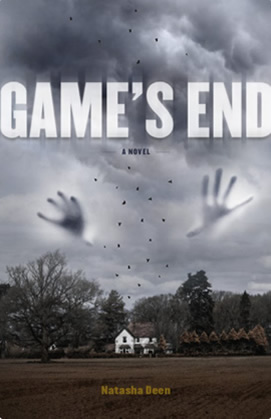 Maggie Johnson is dealing with too much — the rising distrust and hate of the townspeople, her growing (and unpredictable) supernatural powers, and the dead, waiting to be transitioned from this side to the next. Right now, they’re her saving grace. But when a soul-eater steals the ghost she’s transitioning, things don’t just take a turn for the worse, they take a turn for the personal. This thing has a connection to her and to her family, and it’s coming for revenge.
As Maggie races to stop the entity, the body count ticks up, and the soul-eater’s touch reaches close to home. The answers Maggie seeks are coming to a head, but will she survive the revelation?

Once again, Natasha Deen has produced an interesting mix of events, characters and genres within one young adult novel. There are elements of murder and mystery, horror, fantasy and the paranormal all within the same story. Yet, with all of this mix, Game’s End remains a coming-of-age novel at its core.” – Highly Recommended.”
-CM Magazine