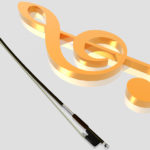 I’m prepping for the workshop on character and was thinking about how the character’s thought processes have an effect on the way they view the world…and I got to thinking about how often we mis-hear something but because our brain is a wonder, we rearrange and filter the information so that it makes sense…for example:

When Kanye West sang “Cutie the bomb, met her at a beauty salon With a baby Louis Vuitton under her underarm,” all I caught was the baby Louis & thought it was weird for a woman to carry her child like that, but who was I to judge?

A girl I knew in elementary had a younger sister who was convinced that Lisa Lisa & the Cult Jam were singing, “I get lost in Edmonton.” (She was really singing “I get lost in emotion.”).

The interesting thing is that I got the words wrong and thus got the meaning wrong, and yet, the world (and the songs) still made sense…good lesson on writing characters whose internal world skews their external one…