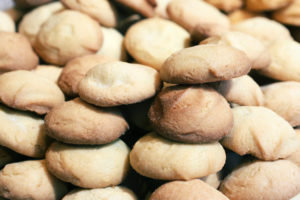 Years ago, I was having tea with someone who was having the worst kind of day/week/month. They were approaching the winter holidays with no one special in their life, their boss had been making their life miserable, they may have to quit becuase of said boss, and the holiday gift packages their mother had sent was now sitting on the side of a mountain, courtesy of a plane crash.

“I know it sounds selfish,” they said, “but I can’t help but feel why do these bad things happen to me?”

We’ve all been there, living the moments where nothing seems to be going our way. And we’ve all had the experience of trying to voice our frustrations while some well-meaning friend says to us, “Come now, things aren’t so bad.”

HOWEVER, it was difficult to sit and listen to them bemoan their crappy job, that they were alone and without their mother’s snickerdoodles, when we both knew the pilots of the plane had died, that their families were now facing the holidays without their dad/husband/brother/uncle.

Here’s the thing, I’ve been there, but the trick in a self-pity party is knowing when to leave. Does it suck like a Dyson when we can’t seem to find any light in our tunnel? Yes. But is there a massive difference between the insecurity and instability of having to look for a new job versus the tragedy of losing someone close? Yes.

In life bad things will happen to us. Things we don’t deserve to have happen, will happen to us. But life is also about taking a breath and realizing that—short of death—we always have the power to make choices regarding what we’re going to do with the crappy things that happen to us.

We can snickerdoodles our life or we can get back in the kitchen and bake a new batch.