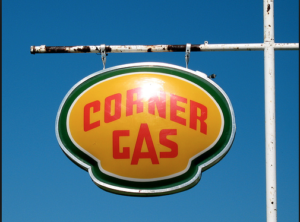 I was watching an episode of Corner Gas yesterday, the one where Lacey wants to write for The Howler…only The Howler won’t have her. Throughout the episode, she meets up with other townsfolk who all write/have written for the paper. Emma, when she learns that Lacey wants to be a columnist, tries to encourage Lacey and says of the paper, “Oh, they’ll take anyone.” Meanwhile, she has no idea that Lacey has already been rejected.

The subtext that Lacey’s been rejected because she’s not a great writer aside, the episode brought back a lot of memories of when I was trying to break into the publishing industry.  Everyone, it seemed, was getting published or getting an agent.

My friends were winning writing contests, a fellow writing student had their first book accepted for publication from the first publisher to whom they submitted…I keenly remember struggling to hold on to my sense of optimism. I think I spent more time reminding myself that writing was an individual journey, that we each had our own path than I spent writing.

Fast forward ten years later, and I’ve been nominated for awards, won some awards, had my books on lists. I have an amazing agent (Amy Tompkins), supportive publishers (Orca Book Publishers and Great Plains Publishing), and I’m writing in the genre I love best (Kids & Teens).

I’m glad I held on and kept going, though looking back, I’m still unsure how I managed to make it through all the rejections, dead ends, and brick walls…somehow I did, and with 2017 now started and carrying its challenges and obstacles, I remind myself that if I kept going in 2007, surely I can keep going, now.

Happy New Year to all. May 2017 bring us all the happiness, peace, and health our hearts can hold.