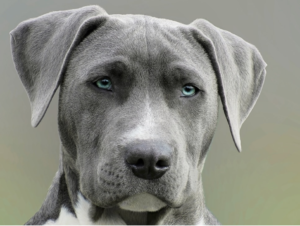 Too often, for my taste, I find myself consumed by the business of life: work, career, deadlines, bills. It’s an effort to stay mindful and aware of the world around me, but it’s all too easy to judge myself according to a weird standard no one can ever match.

Last week, however, I got a good reminder on the difference between living and having a life. I was running a little late for a meeting, beating myself up over the lack of punctuality, when who should I see coming up my driveway when but the neighbour’s dog, a giant teddy-bear of a fur-ball. Aware that my neighbour sometimes allows him to walk to the car by himself, and hoping the short delay wouldn’t make me too late, I took him by the collar and led him back to the house.

Where I found the front door cracked open.

I called and called, but no one answered. After securing the pup in the house, I had a choice. Walk away and assume all was well, or take a moment to sort it through.

I have a five-year rule for myself, as in, will this matter five years from now? It’s an easy ruler to hold my decisions to–in five years, it won’t matter that I was a little late, in five years the person I was meeting would understand why I texted I would be late, in five years, I’d never get over walking away and then finding out something had happened to my neighbour.

I phoned her, visions of heart attack/illness clouding the sound of the phone on the other end. She was horrified—he was *not* supposed to be out. We sorted through it all, (the new weather stripping was the culprit as it wouldn’t allow the door to close properly), ensured the big-little man was safe and secure, and I left for my appointment.

Because of the delays and the unexpected moment to step in for my neighbour and her dog, I got little else accomplished that day. No writing, no administration, emails unanswered, but I was satsisfied with the day.

Whenever I start fretting over my career or the deadlines or the host of things that crowd my brain, I remind myself that there are bigger and smaller moments in life, and it’s okay to take a breath, step back, and step in for someone who may need me, even if it means a delay in my work.