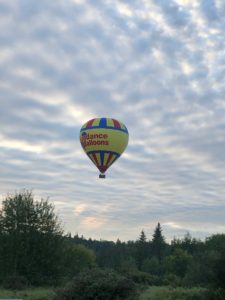 It’s so odd to think that 2019 will be over in 3 months. I feel like it’s just begun. Or perhaps, I feel as though there should be a rewind button.

I struggled with the writing starting in November 2018, where nothing worked and nothing made sense, and that storm only broke in July.

So, I suppose I want those lost 6 months back, so I can catch up on the writing and feel less sad about the state of my manuscripts. But, I wonder, **should** I call them “lost months?”

I mean, we learn through good and bad times, right? Point of fact, we probably learn more through the bad than the good. Which makes me take pause and ask what did I learn?

I learned that progress isn’t always a diagonal line. Sometimes there will be bumps and drops.

Which leads me to learn that life is an IRL game of Snakes & Ladders, and when you get the snake, to take a breath, because surely the ladder is coming soon.

I learned that sometimes, no matter how hard I try, things will move like molasses. Frozen, slowly thawing molasses, and getting

And I learned there is something to be said for being the hot air balloon. Because even if it’s slow, it has its beauty and momentum, and maybe that the biggest lesson learned. Sometimes it’s okay to be slow.